You may now be familiar with some of the story of Jedd, our beautiful 7 month old boy (at the date of writing this on 22/10/11).

Jedd has had a tumultuous time of things over the last few months with the identification, investigation and then the surgical correction of an extremely rare, and most unfortunate, congenital elbow problem. But things are looking up!


Jedd came into our family on the 29/04/11, a delightful young fellow, beautiful markings and face, and a lovely nature to match! He has been adored by our two children, Nathan and Hayley, as well as Lyndell and I. In fact it was my daughter that did all the leg work to track down Gail and Ingenue Border Collies and then get us placed on the waiting list for a male puppy! Hayley was very keen to fill a void that had been left when our grand old man, Monty, passed away last September at 13 years old. He was sorely missed and would be very hard to replace. I might add Monty was an Ingenue Border Collie who Lyndell and I had inherited when he was 3 months old. He had been bought by my father's secretary for her recently widowed dad, however being a keen gardener and over 80 years old, a Border Collie pup is a handful for a younger family let alone an elderly gent who had never had a dog! So Monty became ours . before we had children . and then he saw our two through their first decade. A great dog and a real character he was and set a very high bench mark!

Jedd came into our house and was a normal 2 month old Border Collie, lively, energetic, and mischievous! It wasn't until about 3 months old that Lyndell and I noticed a start up limp with Jedd when he stood up to walk after lying down for a period of time. This became progressively more noticeable and we also started to notice that his right front elbow did not look quite the same as his left. By five (5) months old Lyndell and I were concerned with his right elbow and decided to seek a professional opinion from our vets Michael Kidd and Tim Crisp at Hurlstone Park Vets.

We had done some research (we had to swat up on canine anatomy) and had examined Jedd's elbow ourselves. Lyndell and I are both physiotherapists so a rare congenital joint problem in our dog could only happen to us! Radiological examination of Jedd's elbow was not pretty! It demonstrated an elbow dysplasia that involved a luxated radiohumeral joint which was then also growing into a position that would eventually luxate or dislocate his ulnohumeral joint. Referral to a specialist orthopaedic vet was necessary as this type of pathology is extremely rare and requires specialist knowledge to appraise and then repair.

Jedd was off to University of Sydney Veterinary Teaching Hospital! He came into the very capable arms of Dr Katja Voss, Specialist in Small Animal Surgery and her Residents of Small Animal Surgery, Karl Mathis and Sonia Wasik. A series of CT scans were run and these confirmed the pathology seemingly a one in a million congenital elbow dysplasia.

Trawling back through Jedd's family tree uncovered no genetic history of anything at all untoward. None of his extended family has any indication of similar pathology. The saying "shit happens" comes to mind! Jedd was somewhat fortunate as he attended USYD Vets just at a time when there was an international vet conference on site! Katja presented Jedd's CT and X-rays to the international panel and whilst there was no firmly held or definitive view as to the best course of management the consensus of opinion was that surgical osteotomy or resection was the correct option. Our options were as Lyndell and I thought they might be. We could do nothing and see what developed. Surgery in some form was probably the best option. Amputation was by far the least attractive alternative. Osteotomy was what we thought was the best procedure however in the end Katja and her team had
to perform a radial head resection.

Osteotomy involves a surgical fracture of the radius bone and a repositioning of the end of the radius so that it opposes and articulates with the humerus (the upper leg bone). This was not an option when they opened up Jedd's elbow as there was little articular cartilage on the end of the radius. Forming a new joint in this circumstance would have resulted in a non-functional and severely arthritic joint.

Jedd's surgery therefore consisted of a radial head resection, shortening of the radius and a stabilisation of the ulnohumeral joint with tightening of the elbow joint capsule. Jedd underwent this procedure on 20th August and was placed in a leg spica splint (plaster to restrict movement around the shoulder, elbow and carpus - wrist). This was to allow the soft tissue to fibrose and scar and therefore stabilise the elbow joint. He was on NSAIDs, antibiotics and a Fentanyl patch post op to help control pain and swelling.

I must say Jedd was a model patient and very accepting of his lot! Funnily enough the morning I brought him home after two days in hospital Jedd sidled out of the car and then bolted up the street moving very quickly with a full leg spica on his right front limb! I only just managed to catch him! Jedd was placed on strict exercise restriction with limited walking, no running, no jumping, no stairs and time in the backyard only on a lead! Easy stuff with a 5 month old Border Collie pup! He loved it! With the assistance of Gail who provided a couple of crates, one to use at home and one to use at work at the physio practice, Jedd's activity level was severely curtailed!

Jedd is now coming up 10 weeks post-op this Friday 28th October. He is now out of his splint, walking and doing a little bit of running on the lead, romping around the backyard chasing possums and birds, racing up and down stairs, jumping, playing with other (smaller) dogs and generally being a reasonably normal pup! Jedd has even started hydrotherapy in our friend's pool up the road! He has proved to be a natural swimmer, somewhat unwilling, but a good style!

Jedd's elbow stability has changed dramatically over the last four weeks with a lot of soft tissue fibrosis and an elongation of the radial bone to grow up and fill the void left by the surgical removal of the radial head. Moving his elbow passively and testing the lateral stability of the joint is dramatically different from the first few weeks post op. All in all it seems
that the surgery was the right thing to do. It is unknown exactly what would have happened if we had done nothing however there is a strong suspicion that the elbow would have been subluxed or dislocated due to the position and continued growth of the radial bone. I think we timed the surgery perfectly as the growth plate of the radius would have almost fused around the time of the operation therefore surgery would not have impeded long bone growth.

Jedd will probably always have a limp due to his elbow dysplasia and subsequent surgery. Lyndell and I feel however that the surgery was essential and has given Jedd the best chance of good function. I guess we are in a fortunate position as this sort of pathology is similar to many issues that we deal with in our human patients! There has to be a silver
lining to Jedd's predicament and our professional work in this field was probably it!

Lyndell and I cannot speak highly enough of our vets at Hurlstone Park Vet Clinic initially and then the staff at USYD Vet Clinic, specifically Katja Voss, Karl Mathis and Sonia Wasik. They were very caring, very concerned and helped make the best decision for Jedd. I think they thought he was pretty special as well and he behaved himself impeccably there with no fuss examining and changing his splints and bandages or sticking thermometers up his backside! The indignity of it all!

The post op outcome was somewhat unknown as it is a very unusual and rare pathology however there are gradations of joint dysplasia with Jedd's pathology being at the extreme end of the spectrum. Lesser pathologies have more predictable post op outcomes with less functional disability. Different surgical procedures are used for the wide variety of dysplasia. Surgery usually comes down to removal of loose bodies within the joint rather than resection and reconstruction of the joint. I believe that USYD Vets were very happy with the post op result in Jedd so they, as much as all of us, were learning something from this episode.

We hope this helps anyone else facing similar issues with their dog. Lyndell and I were fortunate enough to be able to afford the necessary surgery. It was expensive, no change out of $6000.00 after everything was included, X-rays, CT scan, sedation, surgery, post op care, medications, etc... but necessary. As far as I understand "pet insurance" will not cover congenital joint dysplasia and its surgical correction. 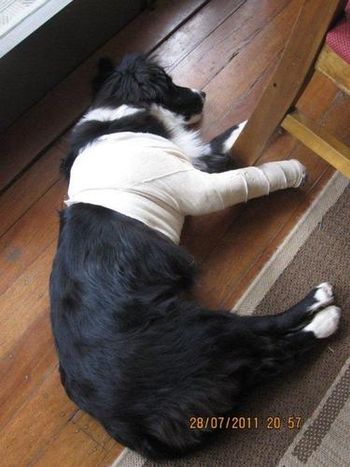 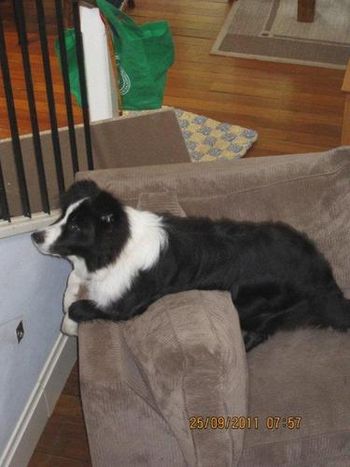 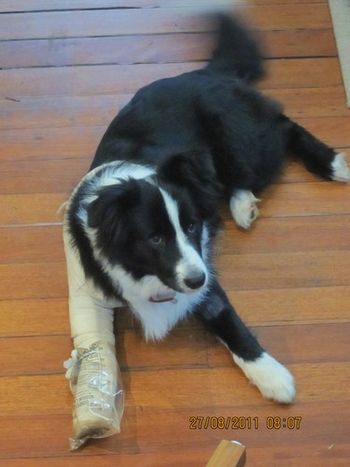 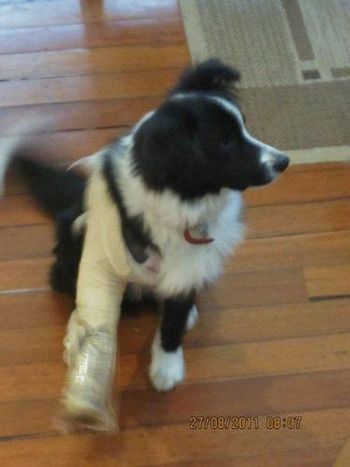 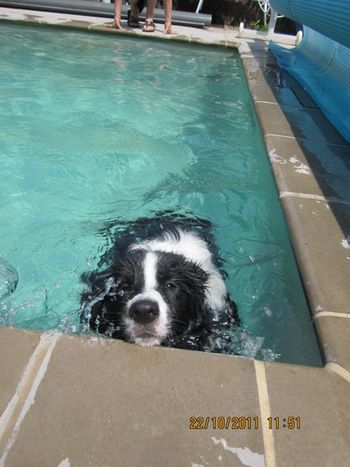 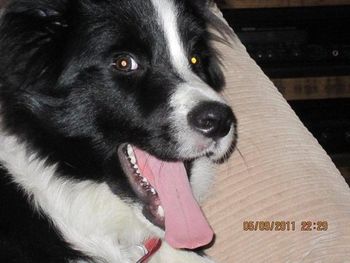 The surgery, an "osteotomy, to shorten the radius & make it articulate with the humerus" to say the least, is extremely rare.

"Jedd is doing well. He is probably going to get his bandage off tomorrow all being OK.

He has been such a good boy following surgery and has accepted it all very
well. He is on some antibiotics since the weekend as he has a minor skin
irritation but this is not really an issue. The wound looks good and his
elbow range of motion has been very good at the bandage changes. The vets at
Sydney Uni have been very good and I could highly recommend Kajta, Sonia
and Karl who have been the main contact people. All very caring and I think
they think Jedd is pretty special!.....Andrew"


My sincere thanks to the dedicated University Surgical Team but especially to his devoted, caring family who 'went the hard yard' for him. 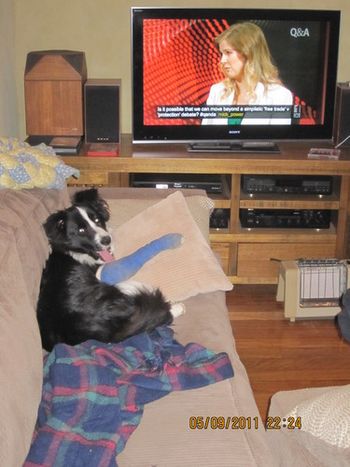 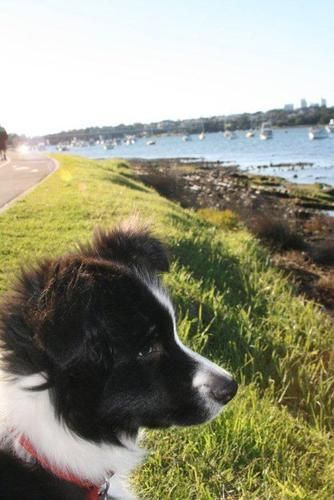 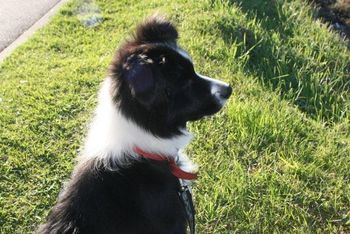 So much to see.....so much to do....we go everywhere together 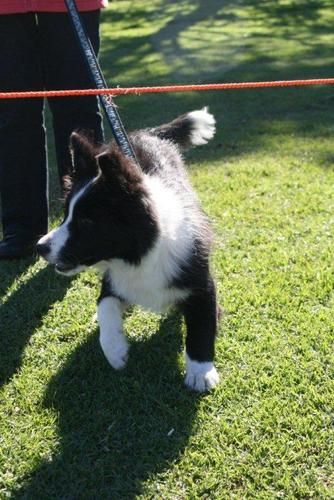 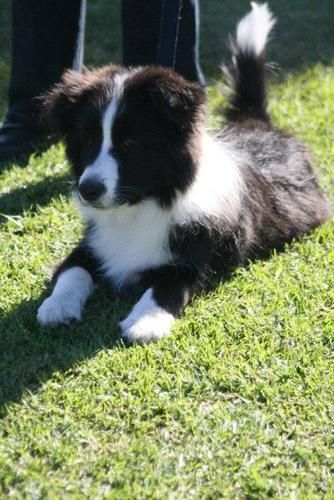 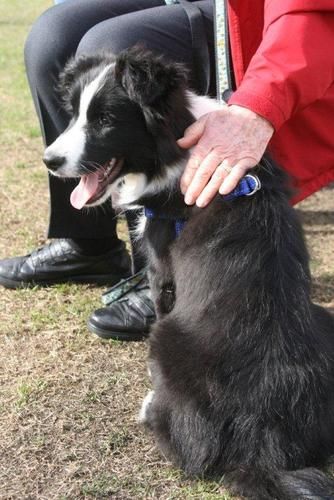 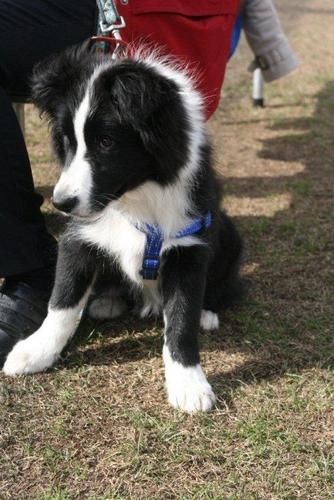 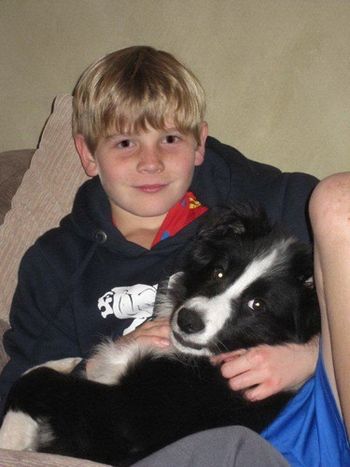 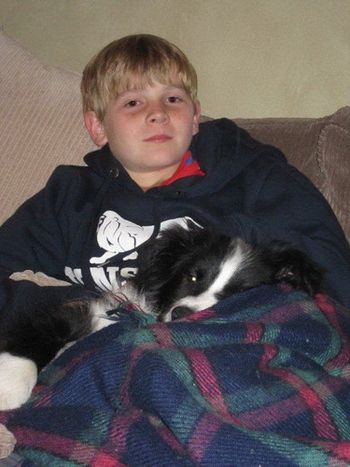 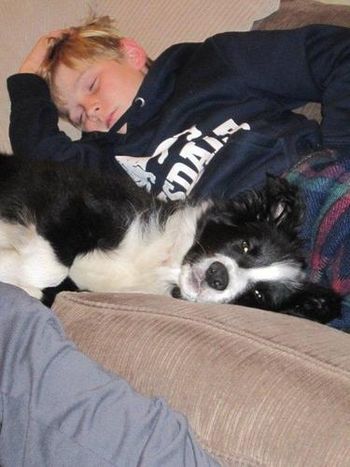 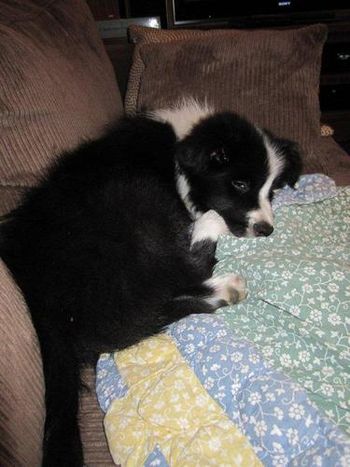 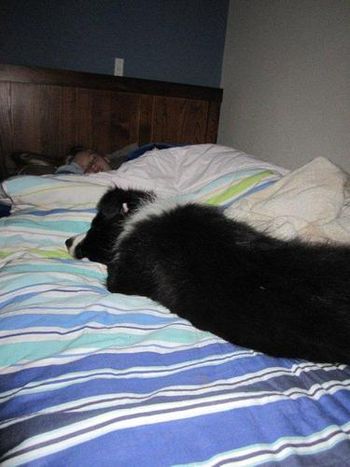 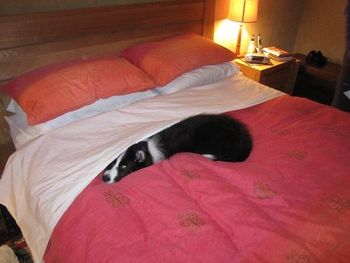 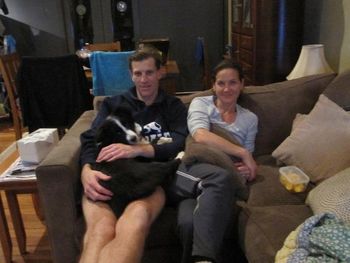 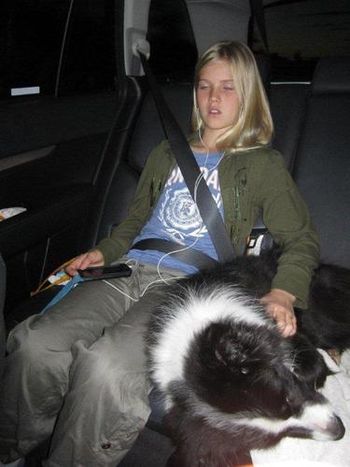 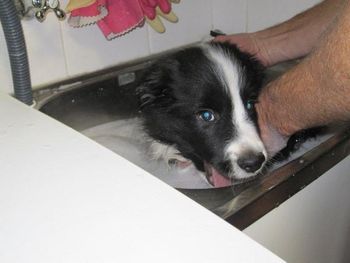